Comano is a small Ticinese village located just north of Lugano at the foot of the pre-Alpine hills. The plot of the house is set on a slope and appears as a kind of boundary between the hills and the newer urbanised area on the plain.

The steep sloped land of the site itself suggested to us to treat the land mass as an architectural element; as being part of the built volume of the house.

The project started by a modelling of the terraces that represent a continuation of the indoor spaces out into the landscape in order that the entire plot is used and treated as domestic space. This way of stretching the spaces offers the perception of living in larger space composed of different climatic, material and lighting conditions. The sequence of spaces of different natures can also stretch the perception of time. We believe that a different treatment of the similar spaces increase the perception of time and the feeling of well being. This house has been planned with particular care to ensure intimacy and privacy while keeping a wide prospect to enjoy the beautiful surrounding landscape without being overlooked from outside public spaces.

The construction stands on the lower part of a steep slope; it organically integrates with the landscape thanks to the verticality of two volumes built according to a strict regulation and adhering to building height limits in order to preserve the view over the historical village from the top of the hill. The stepped arrangement of the storeys links every room, both visually and physically, with the garden, enhancing the feeling of being constantly at ground level. The large entrance porch, that serves also as covered parking, is carved into the hill as a cave; leaving the upper volume “floating” in the green landscape. The void generated between the main volumes, hosts the stairs that link the shifted levels at different heights and gives the feeling of walking along the natural slope as if the natural terrain were part of the built spaces.

The house is composed of three concrete boxes and one in glass (patio) each shifted a half storey and covered by a flat roof. The shifted movement in vertical of the boxes allows a rational adherence to the existing slope and reduces the need for any extensive excavation works. In this way all the indoor spaces are directly linked to the outdoor ones and in this way the perception of being in a fluent series of spaces increases, giving the feeling to the users of being constantly in touch with the nature. The exterior spaces are treated as they would be a continuation of the interior ones by clear orthogonal geometries of different materials: concrete, grass, water.

All storeys follow the natural slope of the land and from each storey the connection to outside is direct. The entrance “cave” to the house is covered with the front portion of the garden so that the volume of the house behind remains contoured by the garden landscape.

At street level + 0.50 there are the storage and technical rooms; the access to the house for pedestrians as well for the cars acts as kind of common large porch. At the first level there are two rooms, with an external shaded space serving both rooms towards south-west. At the first and half  (1 ½) floor there are two additional  bedrooms and bathroom facing a covered private patio linked to the garden. At the second floor the living room faces a large covered porch facing the pool.
At the second and half (2 ½) floor the kitchen opens out towards the garden to the south and towards the glazed patio (winter garden) on the west. The set back of the volume of the dining-kitchen offers a intimate condition, being far from the street.

The use of shaded spaces and of glazed winter gardens in this particular region is an natural energy saving instrument, using passive solar energy in during summer and winter. 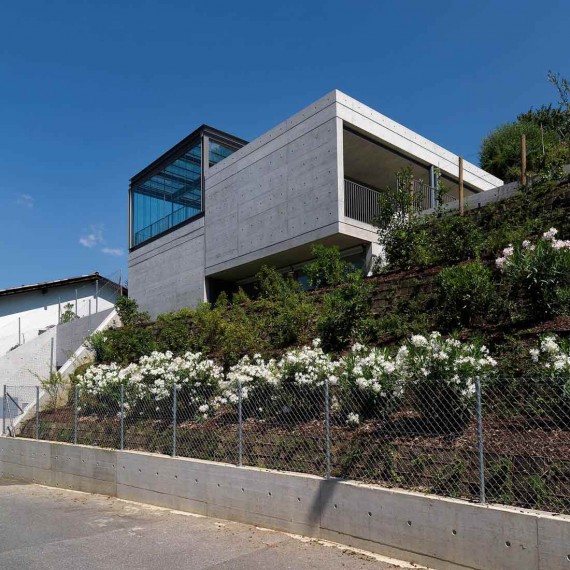 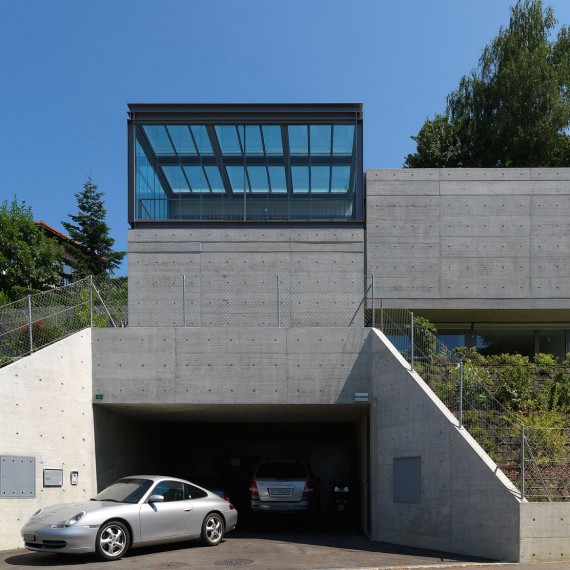 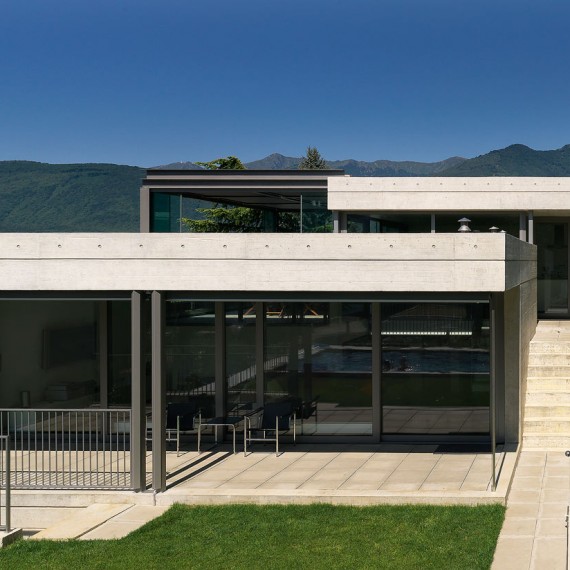 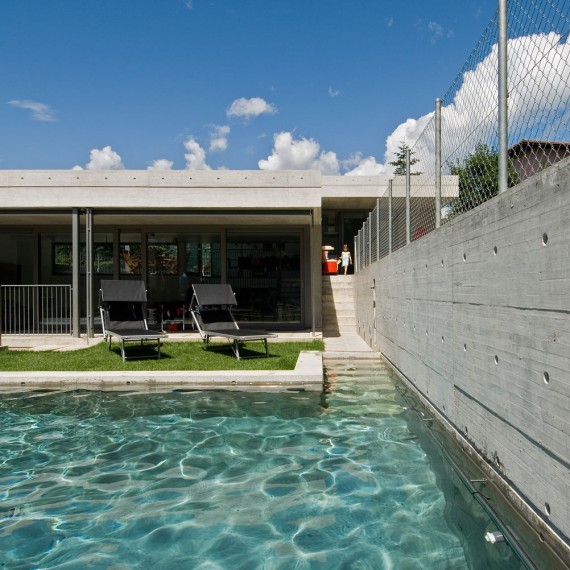 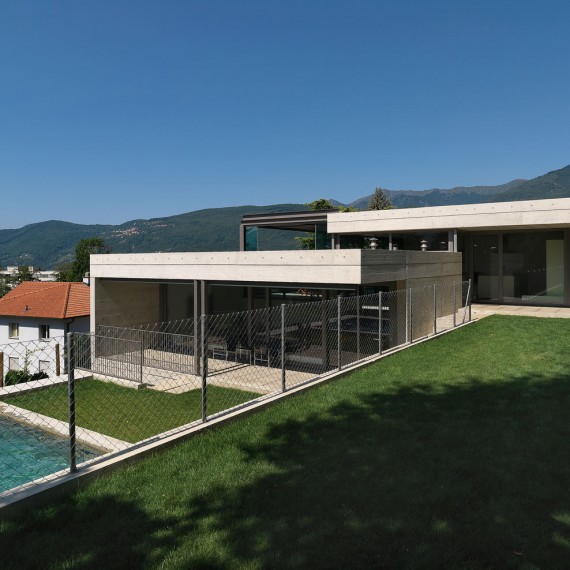 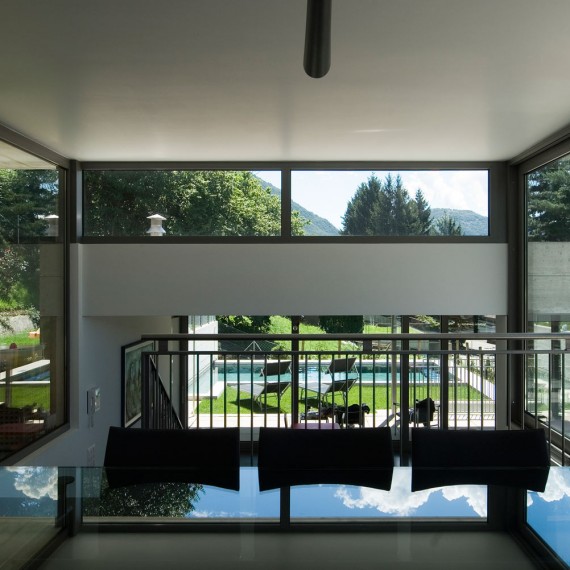 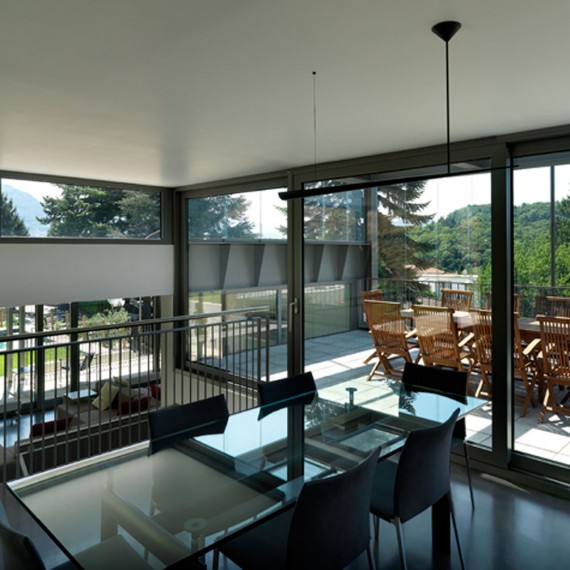 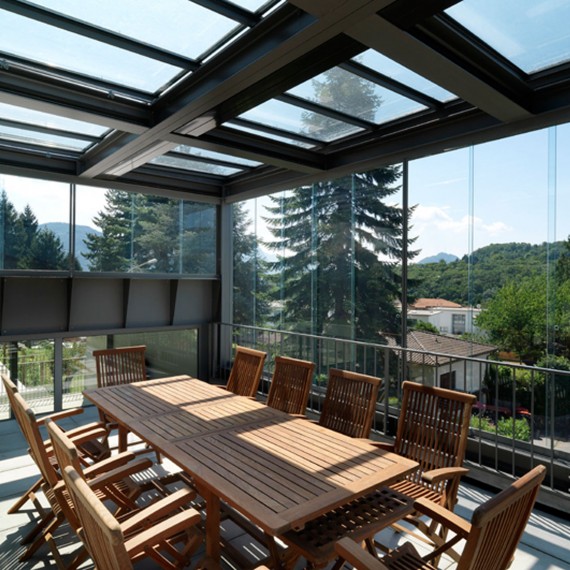 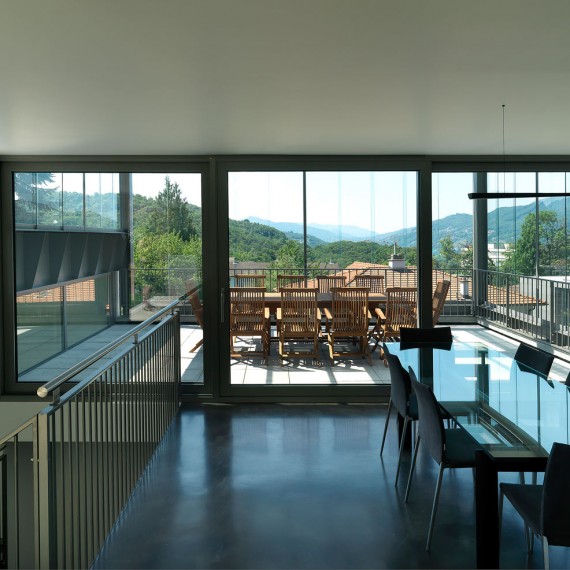 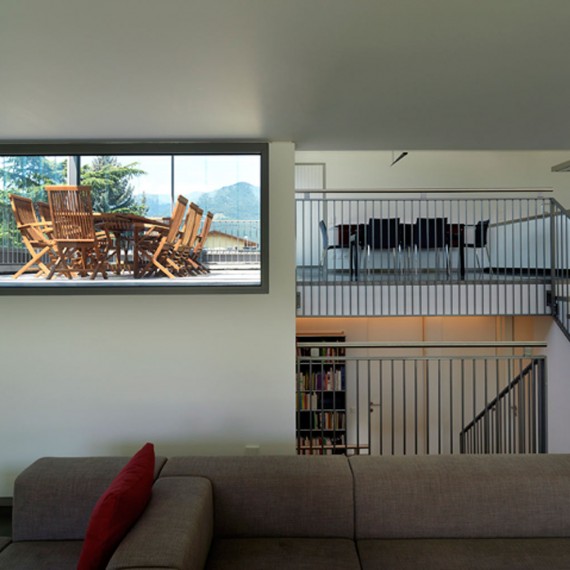 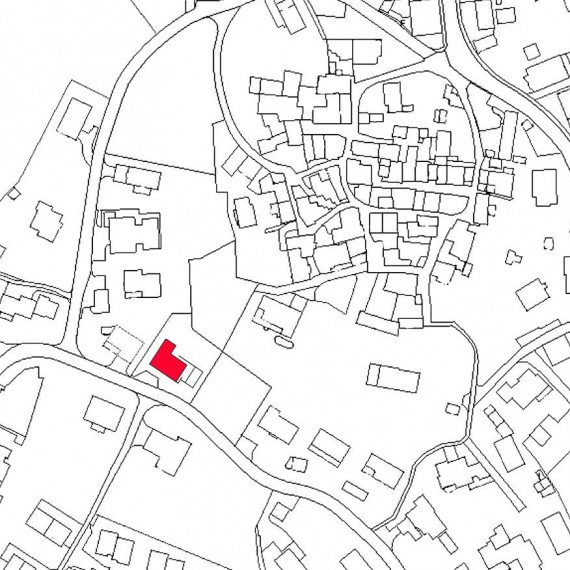 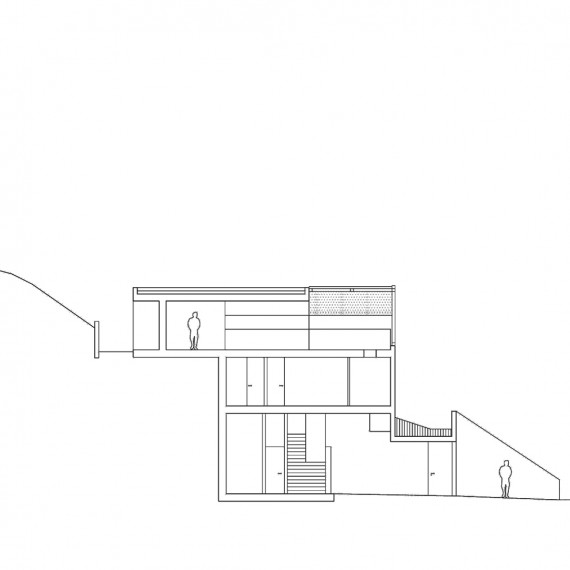 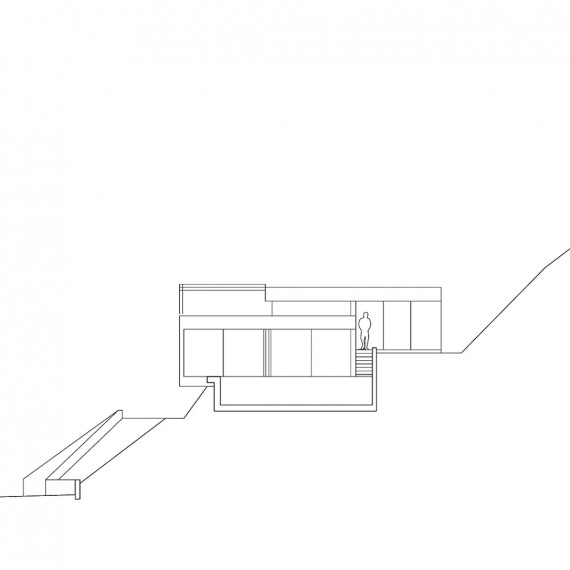 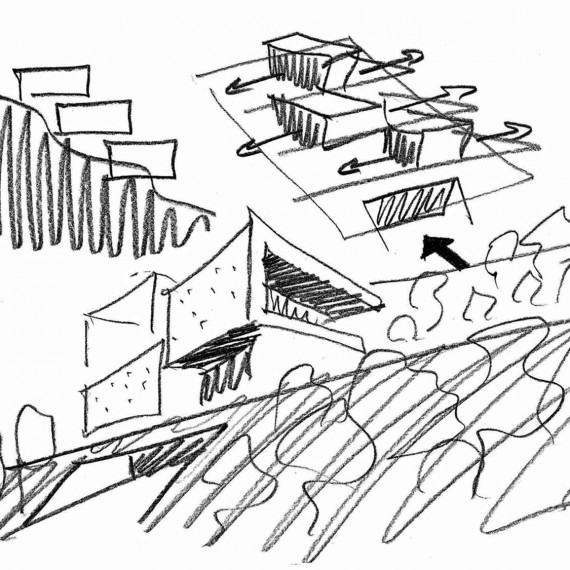