Carabbia is a little village of approx 600 inhabitants. It rises on the western side of Mount San Salvatore slope in a beautiful bowl.
This house is characterized by the creation of clearly identifiable geometric structures that delimit an organized development of the spaces. The underlying theme is the establishment of a spatial relation between interior-interior and interior-exterior that aims at the dilatation of the lived dimension.
The interesting lesson comes from the succession of Japanese gardens which show a different awareness of the space through a sequence of sceneries and space dilatation. It is as if it were possible to experience a domestic atmosphere and, at the same time, to project one’s own perception on a geographic scale.
This building responds to the owner’s wish to live in an intimate space, as if it were a shell.
Carved in a clear square geometry, the spaces meet the slope and extend in a spiral – fluent movement that constantly changes the perception of the space and its relation with the exterior, offering privileged views towards the beautiful landscape of the region.
This small house (13x13m) stands for a sequence of experiences condensed in a continuous space that gives a sense of protection and, at the same time, of being projected into the landscape.
The sloped roof that follows the inclination of the land is a reaction of building on the hill side proposing an organic language instead of a urban one!

Detailed notes:
The plot is characterized by a slope of about 30° facing west.
The way the new volume adhere to the sloped land optimizes the excavation works. No earth has been displaced from the construction site.
The three main storeys of the house are set on the plot at shifted levels to match the correspondent level of the site. This offers a direct relation to the outside from all parts of the house at all levels.

While entering the house the eyes embrace the whole interior space and the related outdoor space, till the most far diagonals.
This enlarge the potential of the perception of bigness of a house that is actually a very small volume: around 1000 m3 for a usable area of 150 m2; while the perception is closer to a house of at least 300 m2.
The dilatation of the perception between the spaces and between outside and inside works in the same way throughout the entire building.
From all part of the building the feeling it’s approximately to live in an open space surrounded by a prosperous natural landscape and the space you are enjoying is related to the others through transparent or translucent filters/layers. The perception transits always from inside to outside to inside again, making the outdoor space part of the indoor one. In this way the living space has been stretched and its size appears bigger.
This research on dilatation of the perception of the spaces enhances the idea that a space can be only completely understood by spending time in it and that beside the walls/slabs (materia), shape, design, type, typology,….a space must be conceived using time as instrument for the planning/creative phase.

The functions are displayed on three main levels and an entrance mezzanine (with wardrobe storage).
The mezzanine entrance level is set between the upper level (living) and the middle level (kitchen/dining).  On a lower level are placed the three bedrooms.
All levels are visually connected between each others while keeping the  own characteristic. 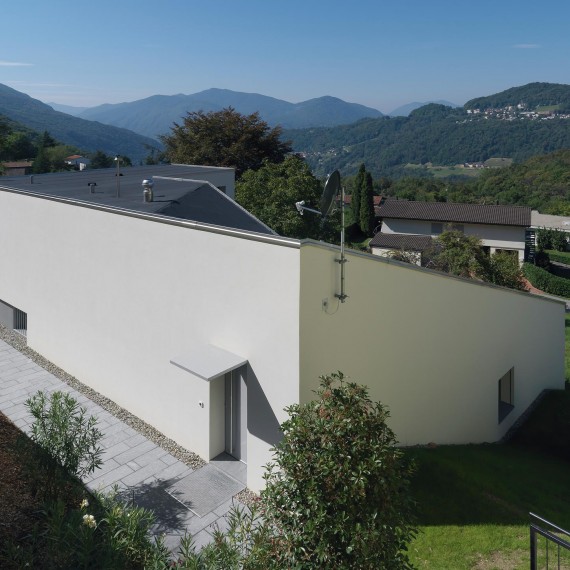 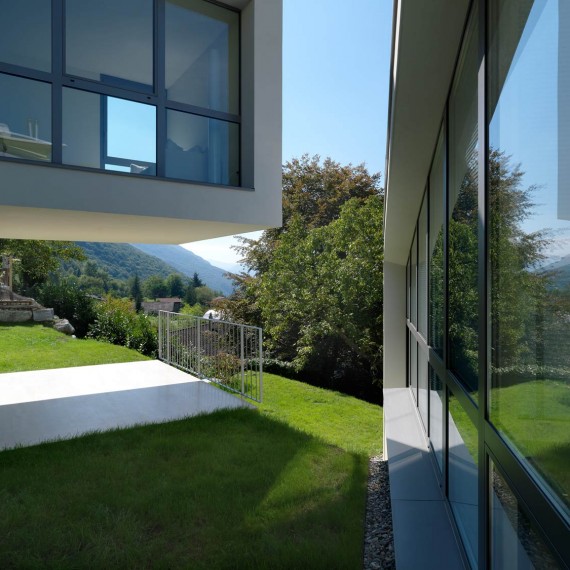 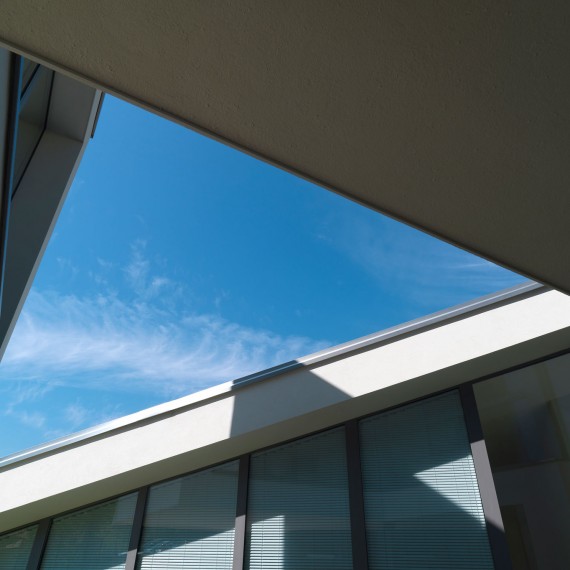 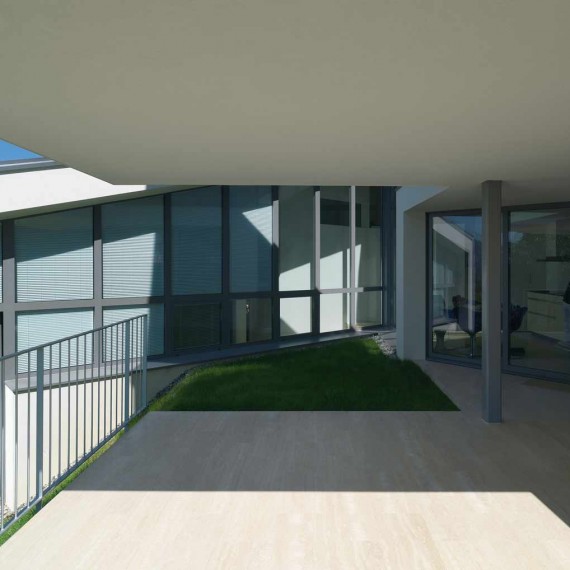 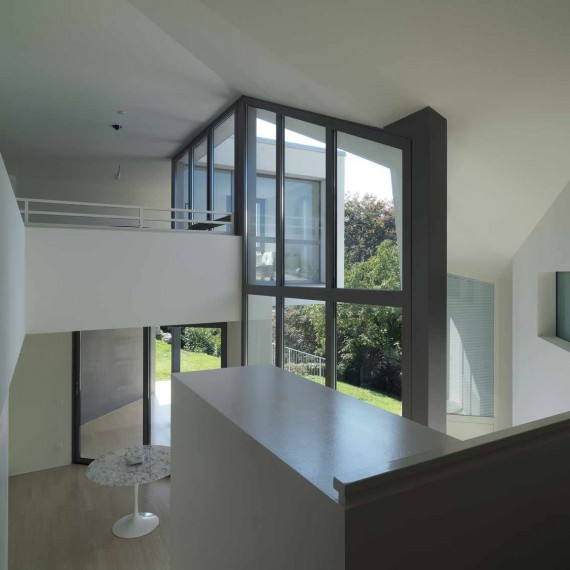 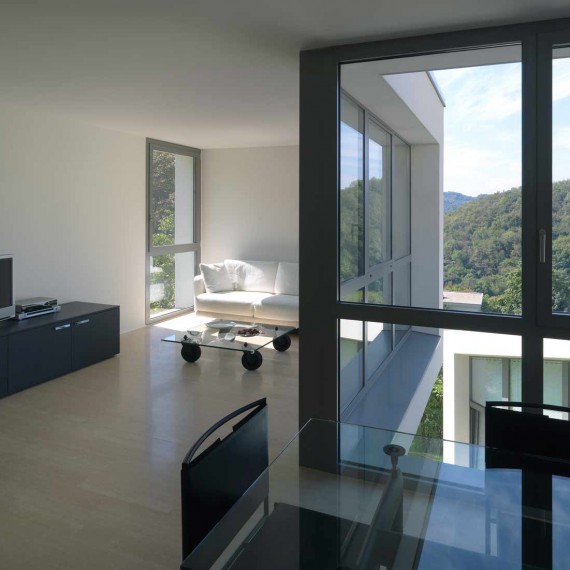 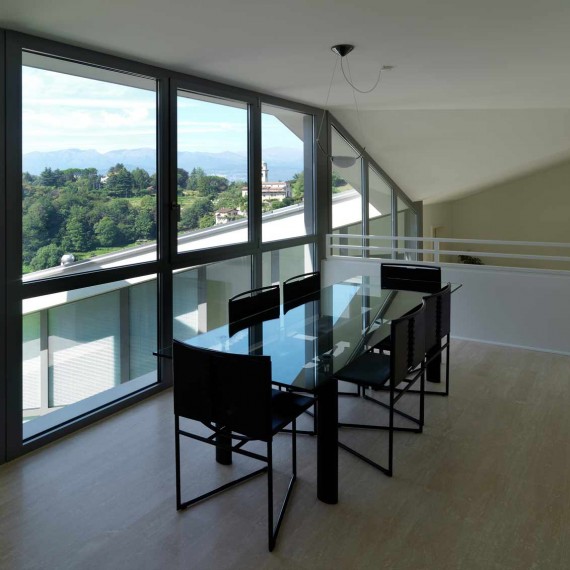 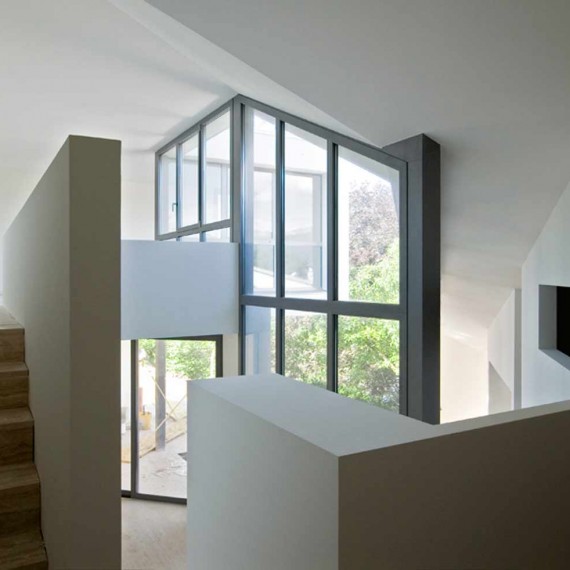 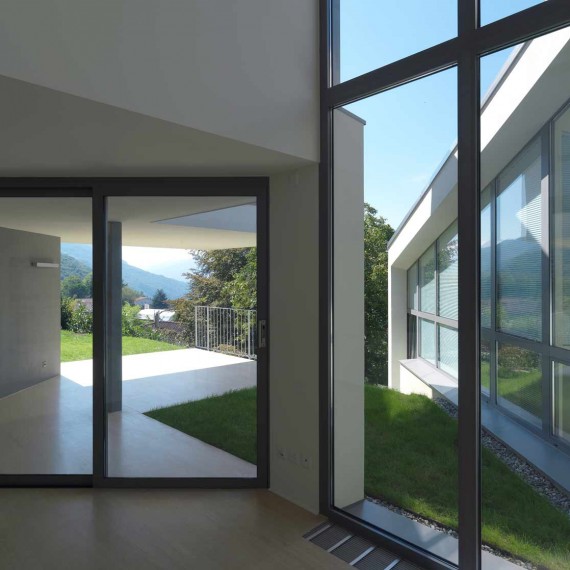 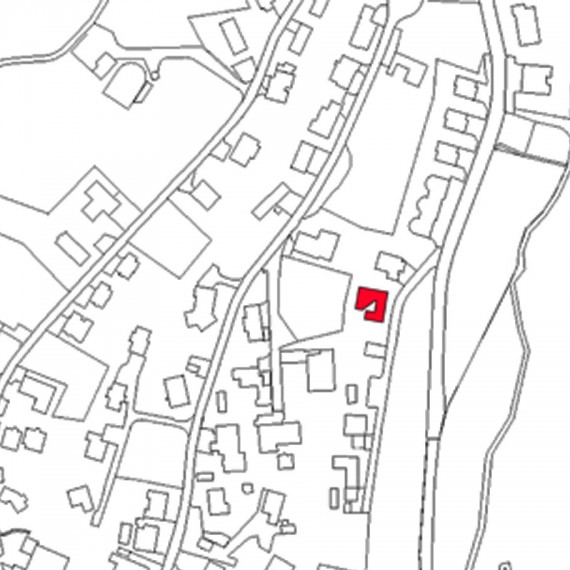 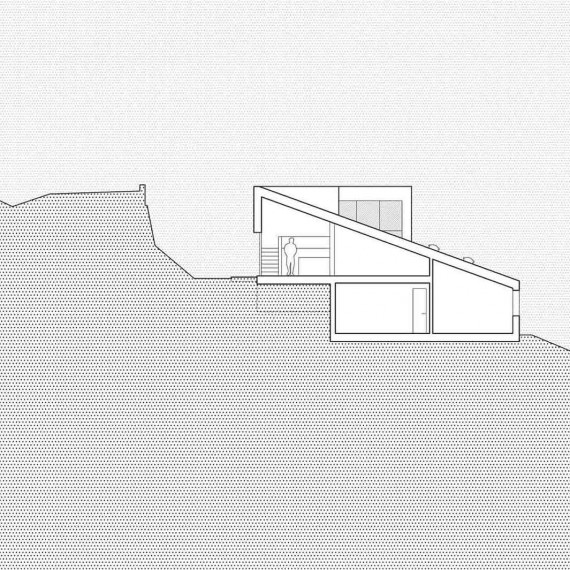 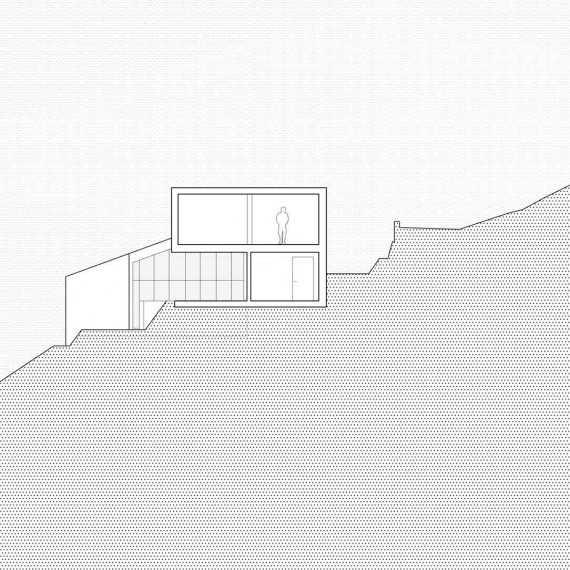 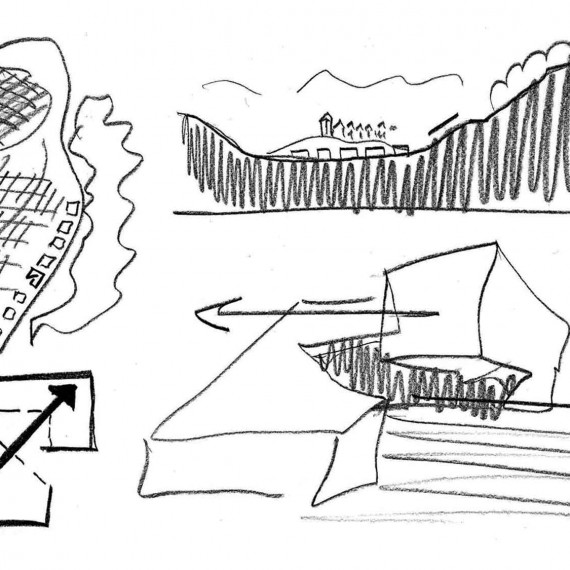