Nestled on the Alpine slopes north of Lugano, this house is characterised by a volumetric architecture that emerges from the terrain and follows the natural contour of the land.

Its constructed volumes embrace the land in an organic and fluent sequence of spaces, each relating to each other and to the surrounding landscape. In order to communicate an identity and a language to the inhabitants, the project has a strong and precise form, its clearly identifiable geometric structure delimits an organised development of spaces.

Carved in a clear square geometry, the spaces meet the slope and extend in a spiral, fluent movement that continuously changes the perception of the space and its relationship to the exterior, offering striking panoramic views across the hinterland and to Lake Lugano. 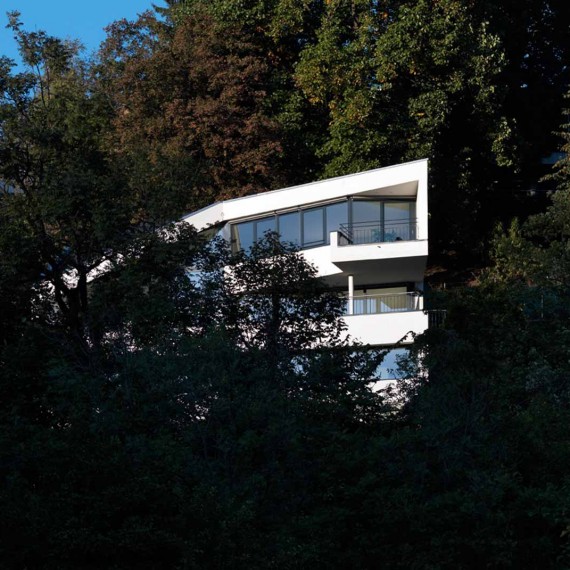 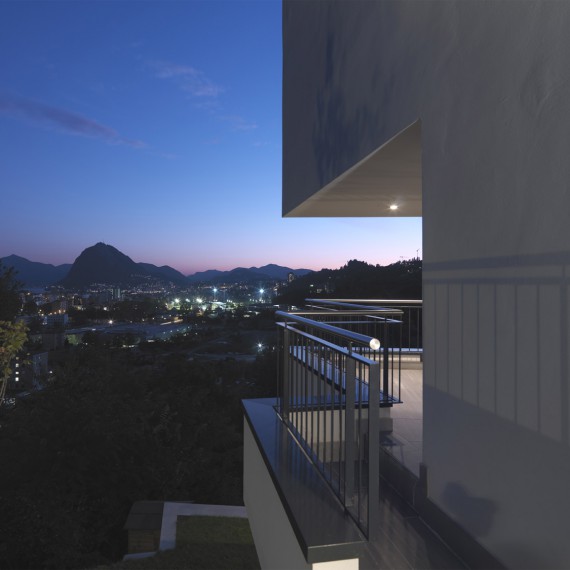 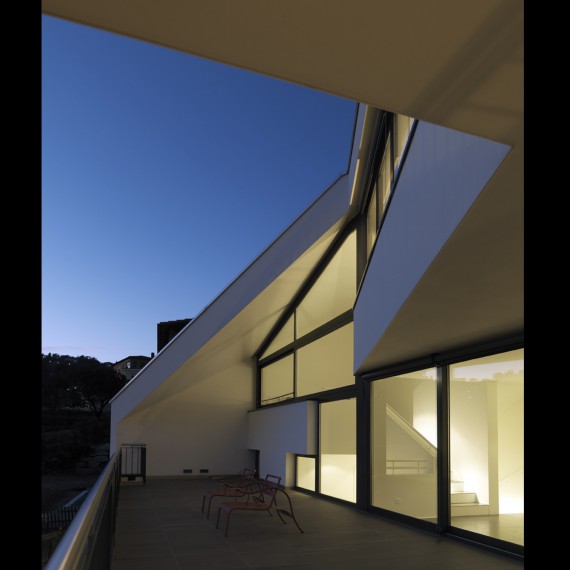 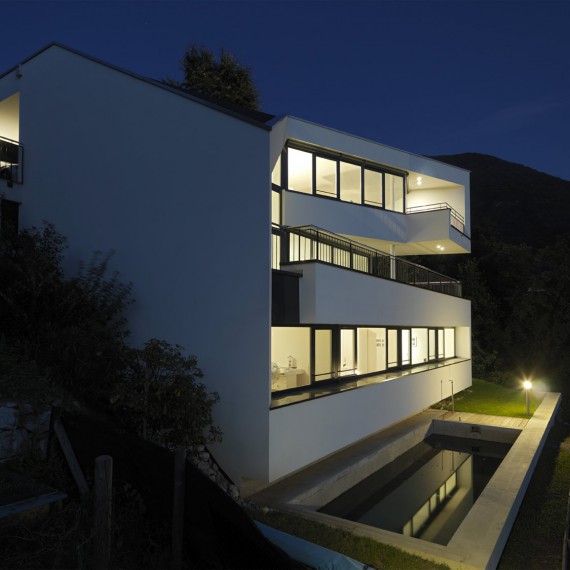 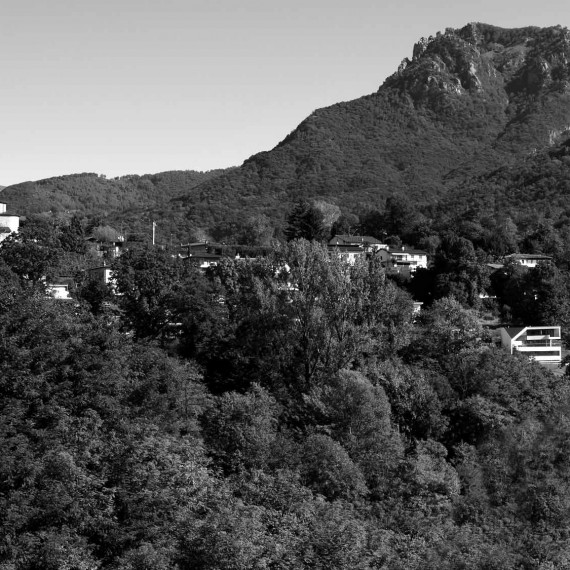 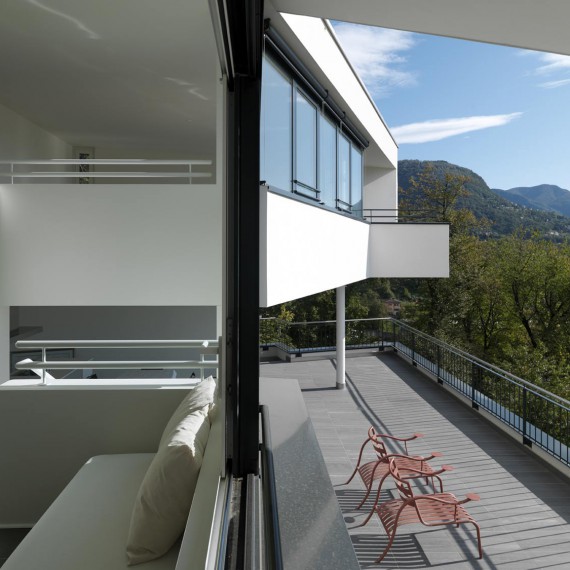 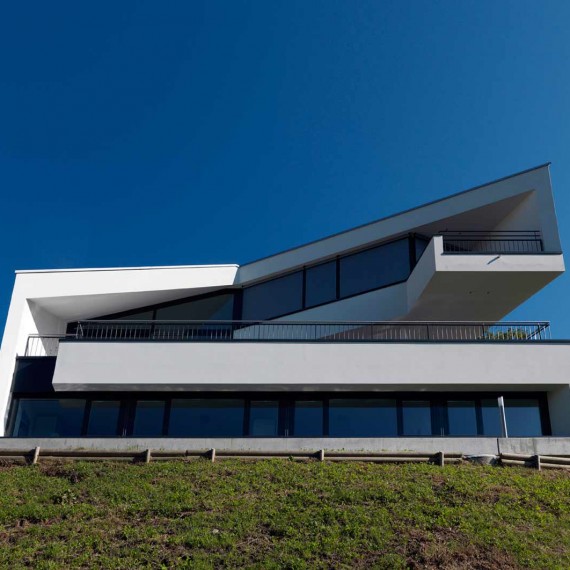 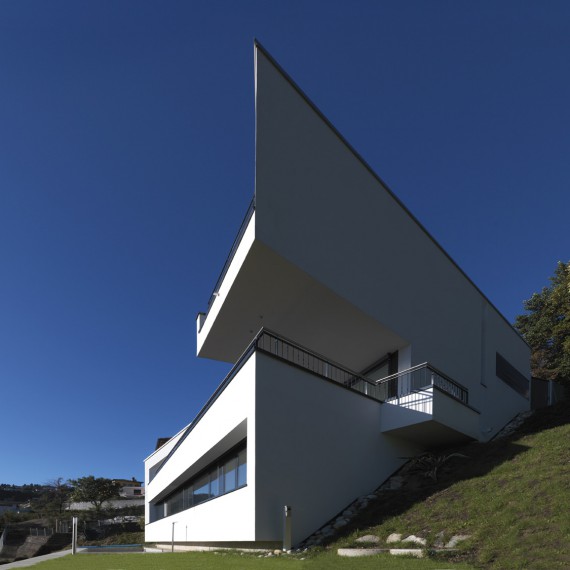 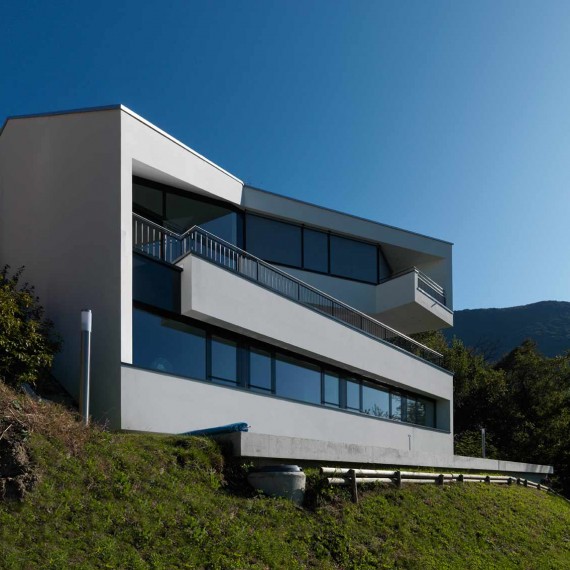 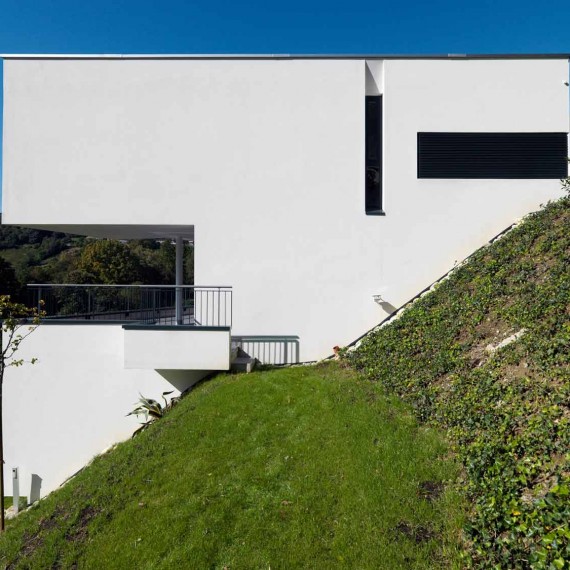 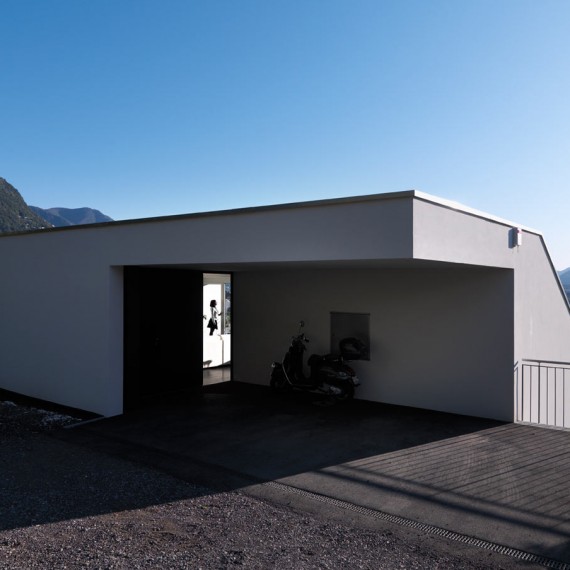 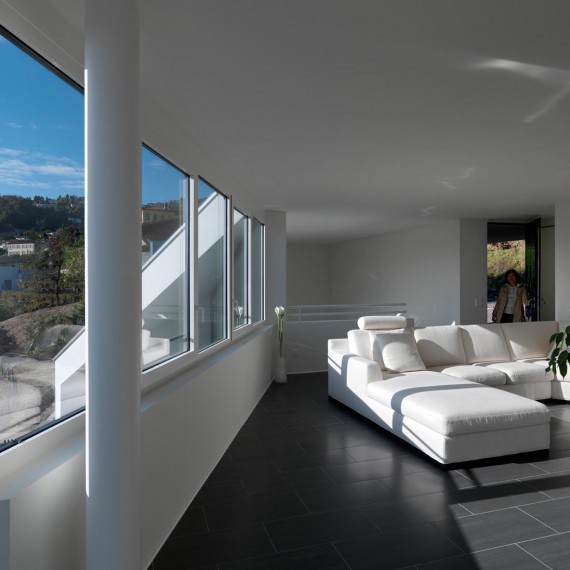 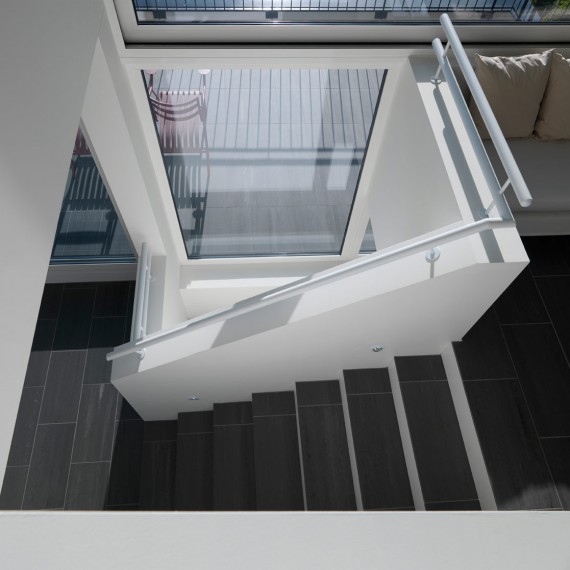 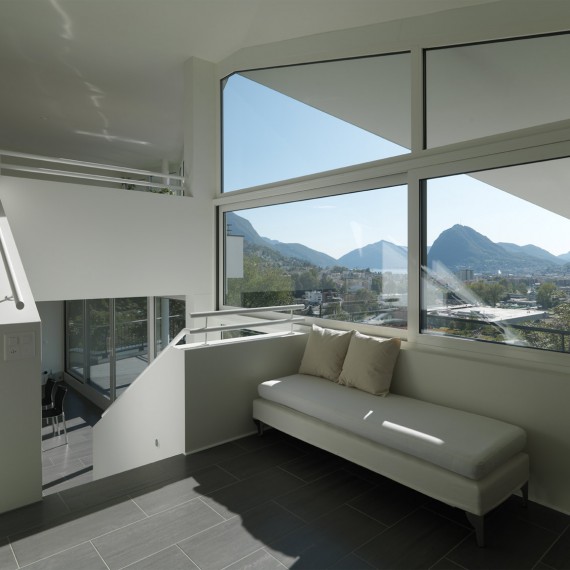 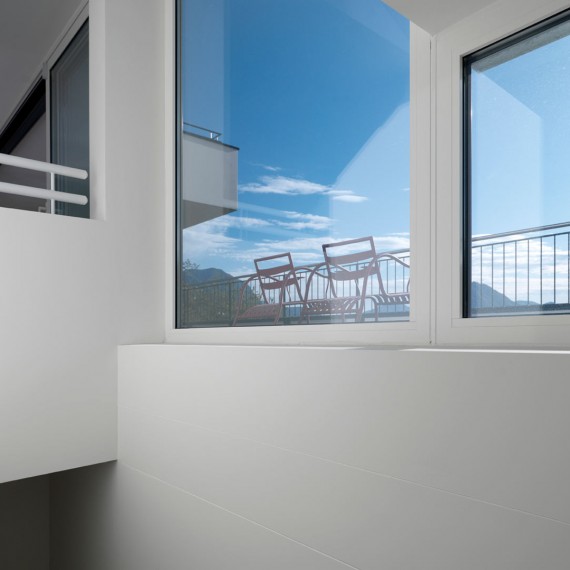 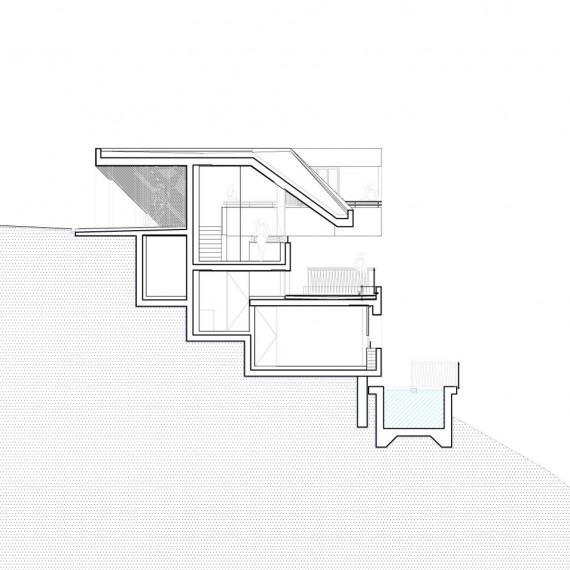 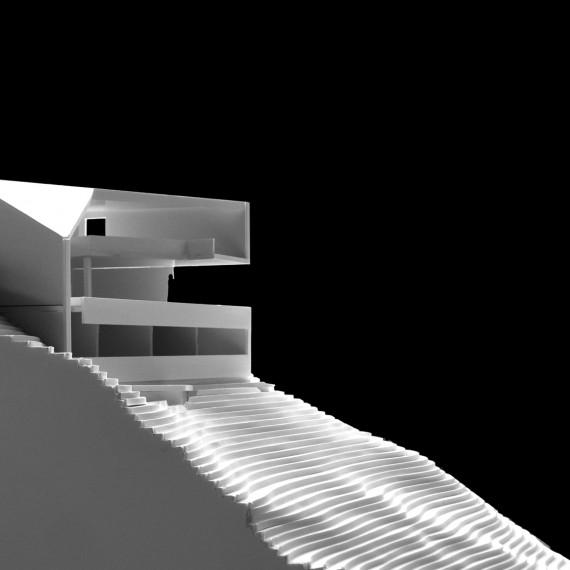 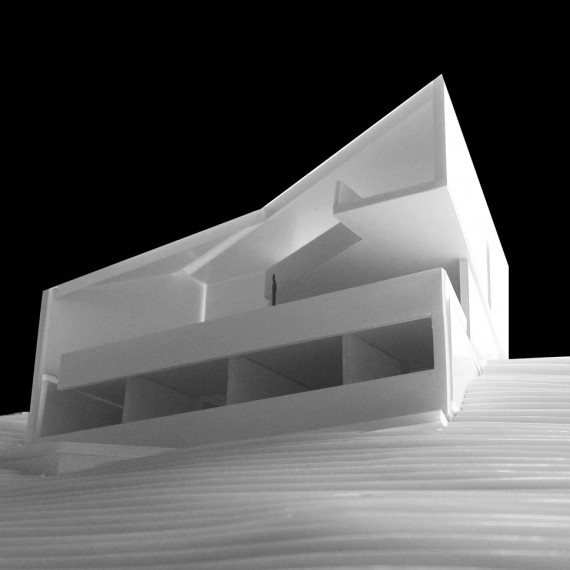 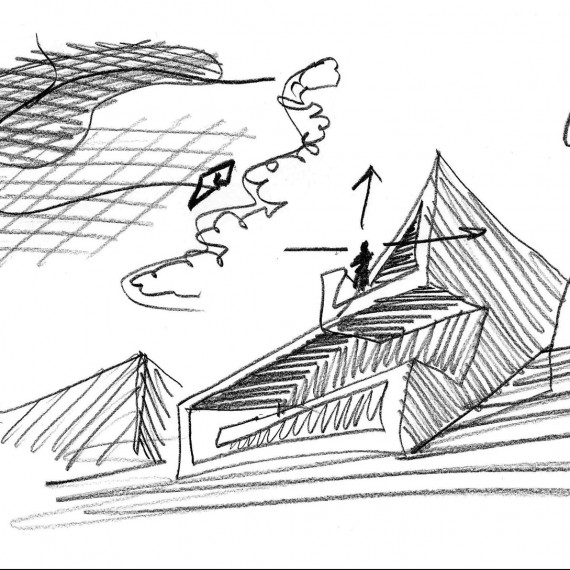