The architecture connects the identity of a place and projects it into the future. The new presence summarizes the values ​​of a culture that considers carefully its gestures. Building today in the metropolitan city of Seoul gives us the opportunity to restore the built volumes to a human scale and interpret the spirit of a culture.

An empty urban block is inhabited, pressed between the strict and incumbent city volumes: it becomes fossilised tree that seems to breathe in the interstices of its geometrical fringe and expands the limited spaces of the city. The macro scale is condensed in the voids designed by the new organism, coming alive thanks to the modelling of a cubic grid. Virtually invisible but tangible.  A generator of the elements that contribute to the state of comfort of the Dweller and his relation to his context.

The new residence-gallery presents itself as a contemporary urban castle where living spaces are supported by production space. The spaces dedicated to the lower floors nourish and warm the people in terms of intellectual comfort.

It is a succession of spaces, closed and open, full and empty, compressed and decompressed. It generates a perceptual map, translated into distinct moments of usability, yet still interconnected. The sequence of the spaces takes place through the dilation of one towards another, either adjacent or further away.

The cube as a primary element, chosen for its symbolic strength and balance, escapes the rules of design. The architect’s role is not to “draw” the project, but to manage the spatial organisation of the elements (cube-tree) through the hypothesised use of time spent in traveling between and staying in the spaces.

The perception of positive-negative is revealed in the large exhibition court on level -01. A surreal dimension is excavated, adding to the floating of cubic volumes in the city, bringing the urban soil and light to the foot of the visitor.

In this newly constructed landscapes there are alternating material expressions, from the weaving of the rippled brick to the sense of suspension given by the white smooth walls. The exhibition spaces tend to be neutral of their architectural language. We focus on the enjoyment of works of art that will live in these spaces, suspended between a sense of meditation and action. The exhibition spaces are calm. In their primary form, they express a feeling of retreat and participation in the worldview offered by the individual artist through the artwork. 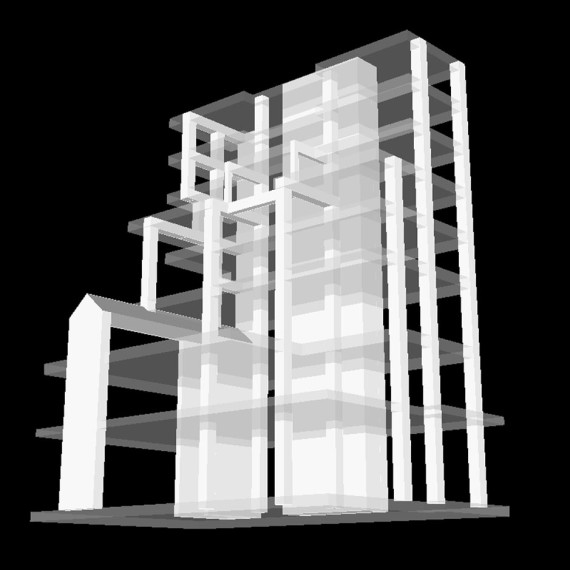 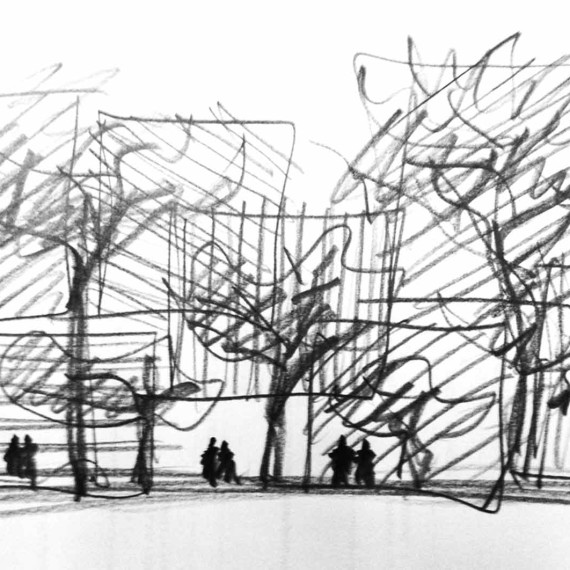 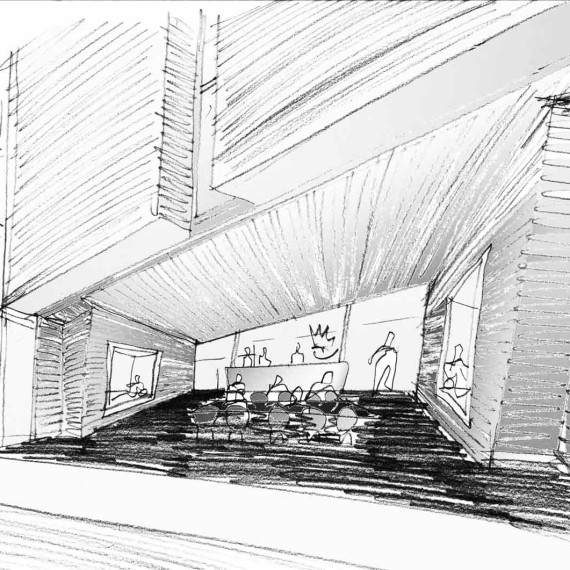